In an effort to lend help to McDowell County, Richard got in touch with a local pastor, Father Tony, and drove out to Welch, McDowell County with a truck full of food supplies. You can hear from the wonderful people of Welch in their own words about the challenges they are facing and what help they need. Learn more on how you can help. 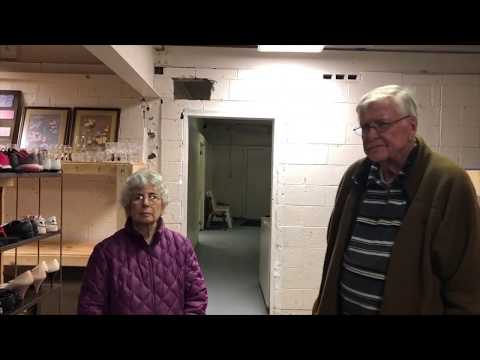 While having lunch with Mrs Julie O’Brien – the general manager of ProJet Aviation – Richard mentioned his act of kindness in Washington DC. Richard told Julie that he went to Washington DC to give money to homeless people. He did so to help them during the cold winter months. Richard finished the story by saying that it felt so great to help people in need and that it would be wonderful to help the people in another direction as well, which was towards West Virginia. Julie liked Richard’s idea and suggested that he could help the people from McDowell County, West Virginia.

Richard had never heard of McDowell County, so he decided to do some research and find out more about this county. After searching on the internet, he found out that McDowell County is one of the poorest counties in America. Richard knew that he could be of help to this county. He decided that the next Best You Best Me project would be a trip to McDowell County.

Richard wanted to partner up with a church, so that he could work with someone who is from the county and knows it very well. He called over 40 churches during his quest to find a local to partner up with. Unfortunately, this was easier said than done. Richard left a variety of messages at different churches but didn’t receive many returning calls.

After waiting for a few days, one church called back after hearing Richard’s message and his idea to help in the county. It was a local pastor from Welch – Father Tony – who returned the call. Father Tony thought that Richard’s idea to help the people from Welch was an amazing initiative, but he also wanted to warn Richard. During the phone call he told Richard that the county was in a very bad state and that it is very emotional to see people in such dire need of help. Father Tony’s warning didn’t discourage Richard. It encouraged him! Richard didn’t have to hear anything else, he was going to be helpful to this county.

Richard wanted to visit the county but he decided that he wouldn’t go there empty handed. He rented a truck and filled it up with food and other necessities. He drove the truck for 5 hours through the mountains and arrived at McDowell County. Richard parked his truck at the church and met Father Tony for the first time. They immediately had a connection, which resulted in Richard staying at the church for 3 days. Both Richard and Father Tony handed out the supplies that Richard brought to the people in need. Richard felt thankful for all the incredible people that he met during his first stay at Welch in McDowell County.

The relationships that Richard forged during this first trip to McDowell County was the perfect gateway to other initiatives to help the people from this county. Richard knew he would be back.

You can contribute to this project right now:

Gather food for us